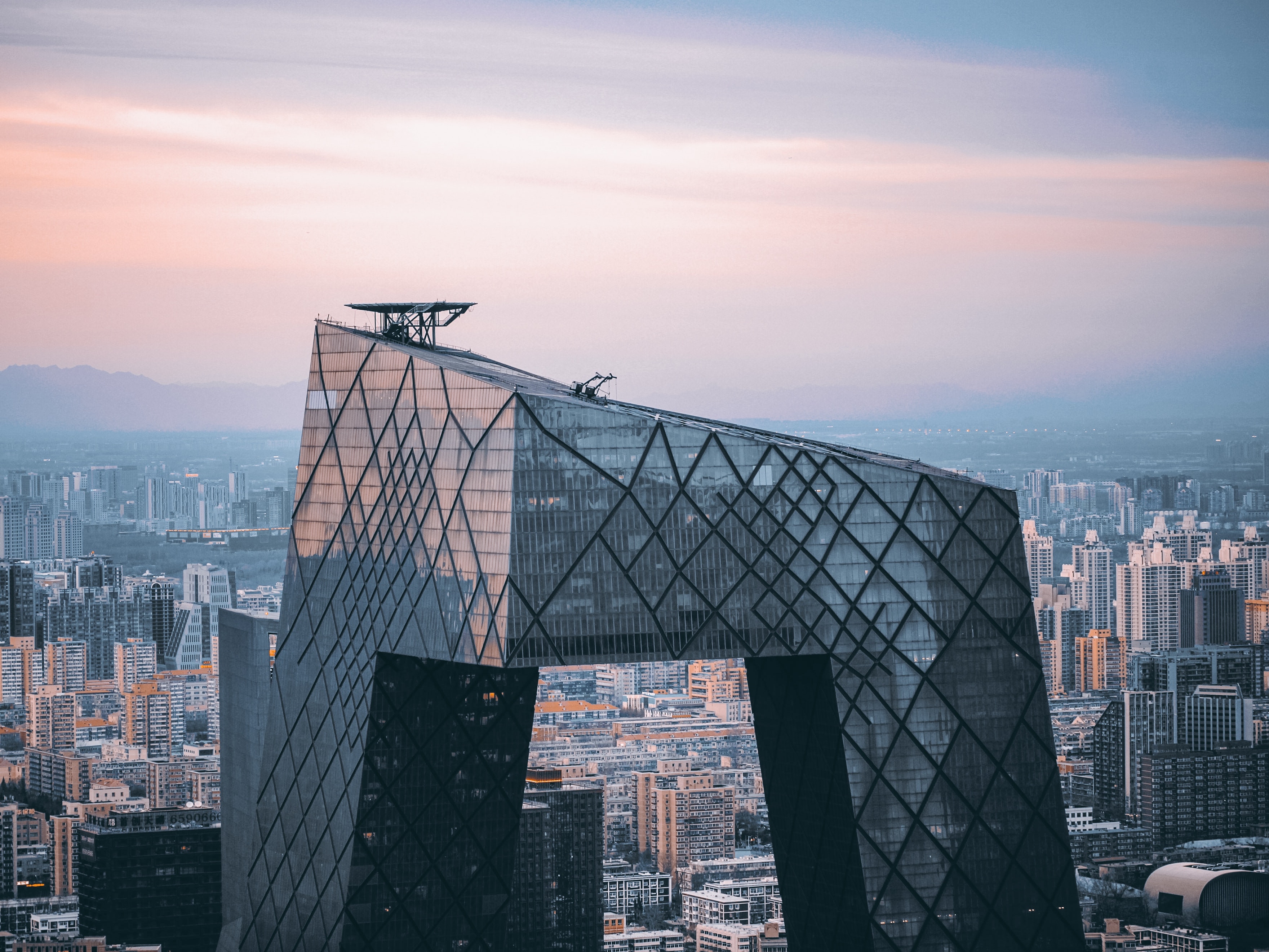 As I peered out the window, through the haze and over an oddly flat landscape, it became apparent that the world we were about to enter was very different, one unlike any that I had experienced before.

We stepped off the plane and into the hot tunnel leading to the terminal. While it was just as warm and stuffy as any other airport skyway, it was not the bland white metal and plastic that I was used to. The tunnel, along with the entire terminal, was made of green glass and dark metal.

We strolled into a huge, open space, which, for those of you who followed along with my adventure last summer, was exceptionally different from my experience flying into Paris.

While the airport in Paris was full of small, claustrophobic elevator tubes, Beijing’s airport featured moving sidewalks through a large, expansive room. We made it through customs just fine, though they give you a form (no bigger than a 3×5 notecard), which you are supposed to return once you leave the country. Personally it seems a bit nonsensical to ask 21-year-old students, traveling to four cities in three weeks, to keep track of a tiny piece of paper that may or may not decide whether they are allowed to return home. [note: Mom and Dad, I still have the piece of paper]

Nevertheless we made our way to the other terminal in order to wait for the rest of our program to arrive. And when I say “made our way” I mean it in the most relative of senses. We did not walk down a long hallway or take a quick tram, like at Sea-Tac.

We crammed onto a metro bus and drove at least mile or two down the road to the next terminal. I had been told that everything in Beijing is big, but I was starting to realize that everything was much larger than I had ever imagined.

Finally, I spotted a few other students from our program emerging from the international arrivals gate. The next thing I knew, Shaosong (my former Information Systems professor and a co-leader of the trip) came half-skipping (half-running) out of the gate, with a joyous look of excitement on his face.

“Panda hats!” he exclaimed, as he pulled 20 multi-colored hats, with a panda face on the front, out of nowhere. We headed for our group bus and toward our hotel.

While on our “way into town,” I couldn’t really tell where “town” starts, or ends for that matter, because there are high-rises and skyscrapers everywhere. There is no real skyline, but more of a giant block of buildings, too big to define (or put on a sock).

We pulled up to our hotel, just as the sun had set, and walked inside. The lobby is gorgeous, as it is full of tasteful furniture, intricate chandeliers and golden ceilings. And to think a double room here only costs about US$60-70 per night.

Though, my roommate and I would soon discover that the hotel was a quasi-metaphor for the state of country. While the surface is nice and shiny, there are problems that lie beneath.

For example, we opened the nice oak closet, only to find the automated light, dangling from its wires. Being that, once again, I am a 21-year-old dude, I immediately tried to fix the situation myself. I grabbed the light bulb and its fixture, only to learn, rather quickly, that the end of the fixture was not capped, and that I touched part of the socket in which the bulb lies.

It actually didn’t hurt quite as bad as I thought it would, though I definitely would never want to do it again.

The man whom I sat next to on the airplane explained, most of the Beijing that the world sees is pretty and well put together, but in order to understand the country and its culture, you must delve deeper into its reality.

Thus far this has been one of the coolest experiences of my entire life. As I walk down the street, I still cannot believe that I’m actually in China.

Thank you to anyone who is reading / has read my work in the past. The past few days have been incredible. I will get posts up as soon as possible, though it’s difficult because we are pretty much going non-stop.