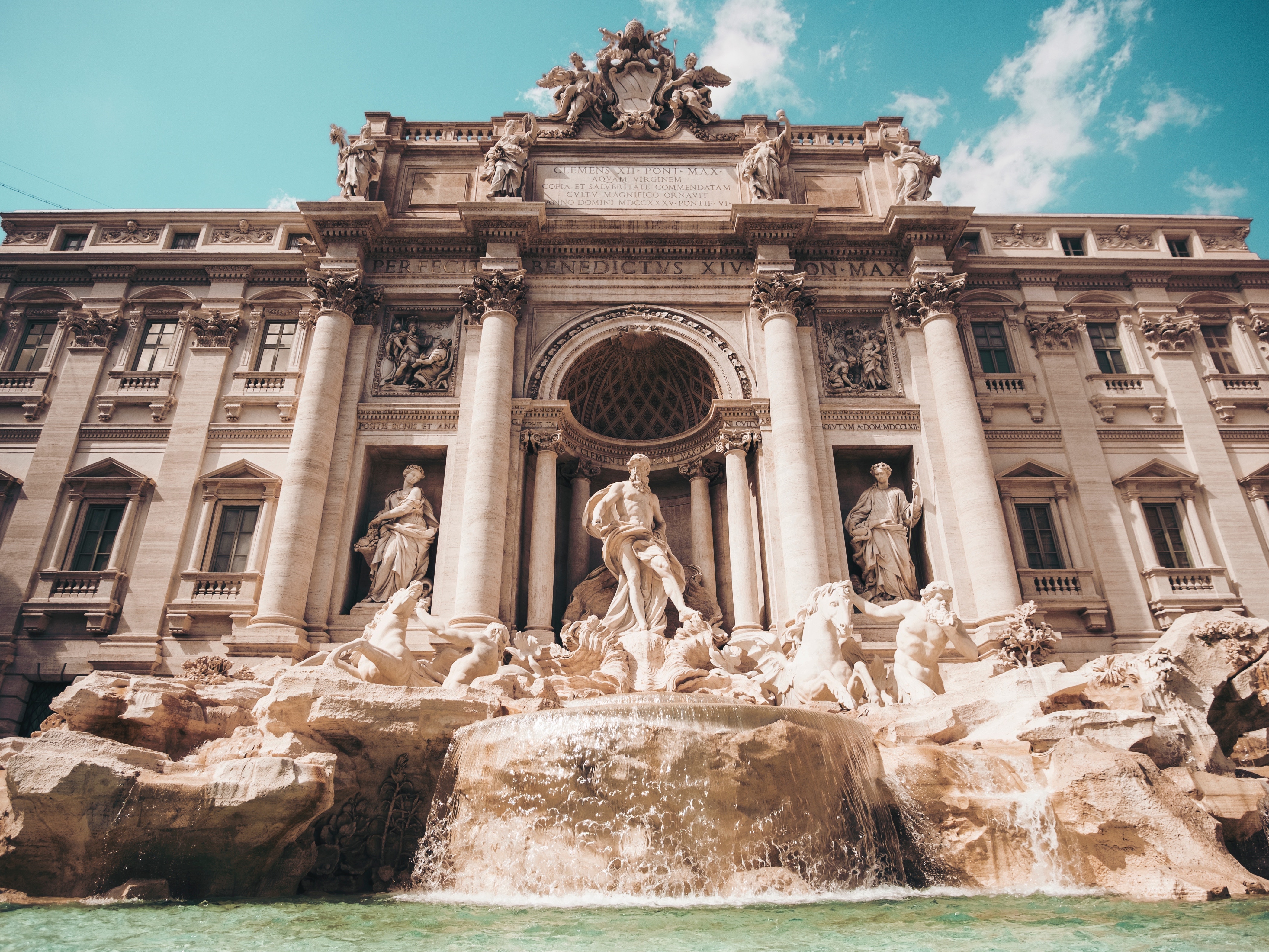 This weekend was a slow one, as Reed and I spent it catching up on homework and resting. We had spent the last 2 weeks traveling from city to city, attempting to see everything, everywhere we went, which we found to be impossible. We did go to Porta Portese, a flea market fairly near our apartment in the Trastevere neighborhood. Reed attempted to buy an American flag button-up shirt, but the vendor wanted 25 euro and Reed was not in the bartering mood.

Monday was our first real day of classes, which began with a tour around historical Rome. We started in Campo di Fiori (translation: “field of flowers”) right outside of the UW Rome Center. Within minutes I realized how little I actually know about this country. The square was originally a field between the Tiber river and a large theater, and later became a marketplace for locals to barter and gossip. Ironically, it was also a place of public execution.

We strolled on, careful not to slip on the wet, dirty cobblestone, as drops of rain began to fall from the now grey sky. The drops grew in size as we stumbled upon Piazza Navona. I welcomed the rain because, as cliché as it sounds, it felt like home. The air felt clean, and crisp, rather than hot and suffocating. The Piazza was deserted and cool, instead of being filled with crowds of tourists.

Perhaps the most interesting piece of information that I learned from the tour was that although Italy is technically now a secular state, Mussolini struck a deal with the Catholic Church in the 1920’s that abolished property taxes for churches. This means that today, even in Italy’s poor economic state, the Church does not pay any taxes, a burden shared by all Italians.

We continued to the Pantheon, one of the most impressive pieces of architecture I have ever seen. It makes you feel so small. Since it had rained, there was a small puddle on the middle of the marble floor directly under the circular hole in the roof. Our tour concluded at the Trevi Fountain, a majestic white sculpture set atop a fountain, through which water crashes loudly down into the pool below.

Tuesday included our first lecture of the course (I am actually doing something academic here). We talked about what it means to be “Italian” and what that looks like in the eyes of immigrants, foreigners, natives and policy makers. We also determined that we’re going to do our group project about immigrants in sports, specifically relating to soccer in Italy and Spain. Racism runs rampant in both countries; immigrants are dejected and abused by Italian fans regularly. It will be interesting to see if the recent triumphs of Mario Balotelli in 2012 Euro Championships have had any impact on racist attitudes. Moreover, soccer also deals with the idea of “national identity;” it is very common for players born in one country to obtain citizenship in order to play for a club/national team. Giuseppe Rossi was born in New Jersey, yet he plays for Italy’s national soccer team, as well as a club team in Spain. I’m curious as to how players in similar situations perceive themselves, as well as their national identity. Do they actually feel more of a belonging to another nation, or is it political, or just a business opportunity?

We have been taking Italian classes every evening as well, which are actually a lot of fun. The teacher named everyone in the class (I’m Luigi) allowing us to practice basic phrases and words we can use at restaurants, shops, etc.

We found a small sandwich shop on the edge of Campo di Fiori, called Forno (not to be confused with ‘Fournos’ bar on the Ave). Anyway, they have some of the best sandwiches I have ever had, including one named “The Carletti.” I had to buy it. It was quite tasty.