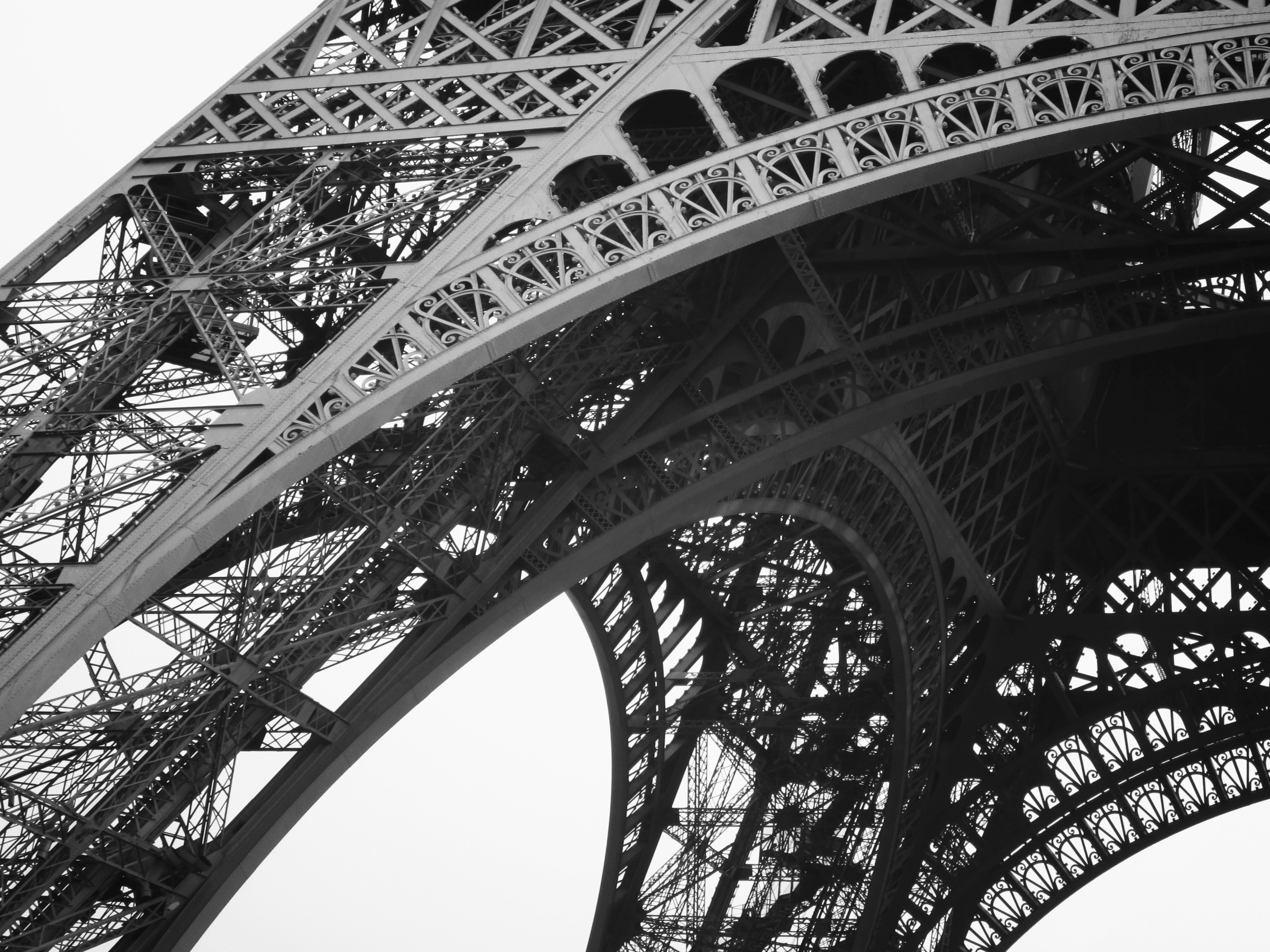 I surely will not have time to write everyday of the trip, however I felt compelled to at least share a few first impressions and thoughts.

As I strolled off the plane, I followed everyone who looked like they knew what they were doing. I soon found myself stepping onto of those moving walkway things, however this one seemed to move more quickly than normal, and took off downhill, through a small, stuffy tunnel. Frankly I felt like I was being jostled around on the Indiana Jones ride at Universal Studios, and wouldn’t have been surprised if a giant boulder came rolling down the cramped tunnel after us.

After clearing French customs by barely speaking a word, I stepped onto an escalator, enclosed in a plastic tube. As we rode upwards I looked out to see at least 6 other escalator “tubes” criss-crossing through a central room, slightly resembling a life-sized hamster maze.

After eventually getting to our hotel, I began to wander throughout St. Germaine (our surrounding neighborhood). I stumbled upon the Pantheon, a huge dome-like structure, supported by enormous pillars in the front. As I turned around, suddenly the icon of Paris, the Eiffel Tower peaked out above some buildings far in the distance. It dawned on me that I had casually just seen one of the most famous monuments in the entire world. At the same time, it made me want to watch Rush Hour 3. I proceeded to the Jardin du Luxembourg, which was one of my favorite things that I saw all day. The palace and fountain were originally built in 1611 by Marie de Medicis, “who wanted something to remind her of her native Florence.”

I managed to get lost, find my way, and get lost again, though in the process I found a really cool bakery. When I tried to pay for my chocolate croissant with 10 euros, the owner asked me if I had smaller bills. I said no, but that I would be back. She offered for me to take the pastry and bring money back, but I declined promising I would return. I ran back to the hotel (I got slightly lost again) and returned with smaller change. The woman looked surprised, yet grateful. Most people we have met have been quite helpful and nice.

Once my friends arrived we walked all over Paris, stopping at The Louvre, Notre Dame, the Eiffel Tower, Arc du Triomph, etc. It seemed as though we were more and more impressed by each site we saw. The shear mass, along with the age of such beautiful buildings and monuments is mind-boggling.

Also I have realized that I am enamored with Parisian architecture. Nearly every building is made of a light sandstone, and adorned with black iron-rod fences around small decks or window sills. It is so simple yet so cool.

I now know why Jay and Kanye like this city so much.