El Calafate & A Comeback For The Ages 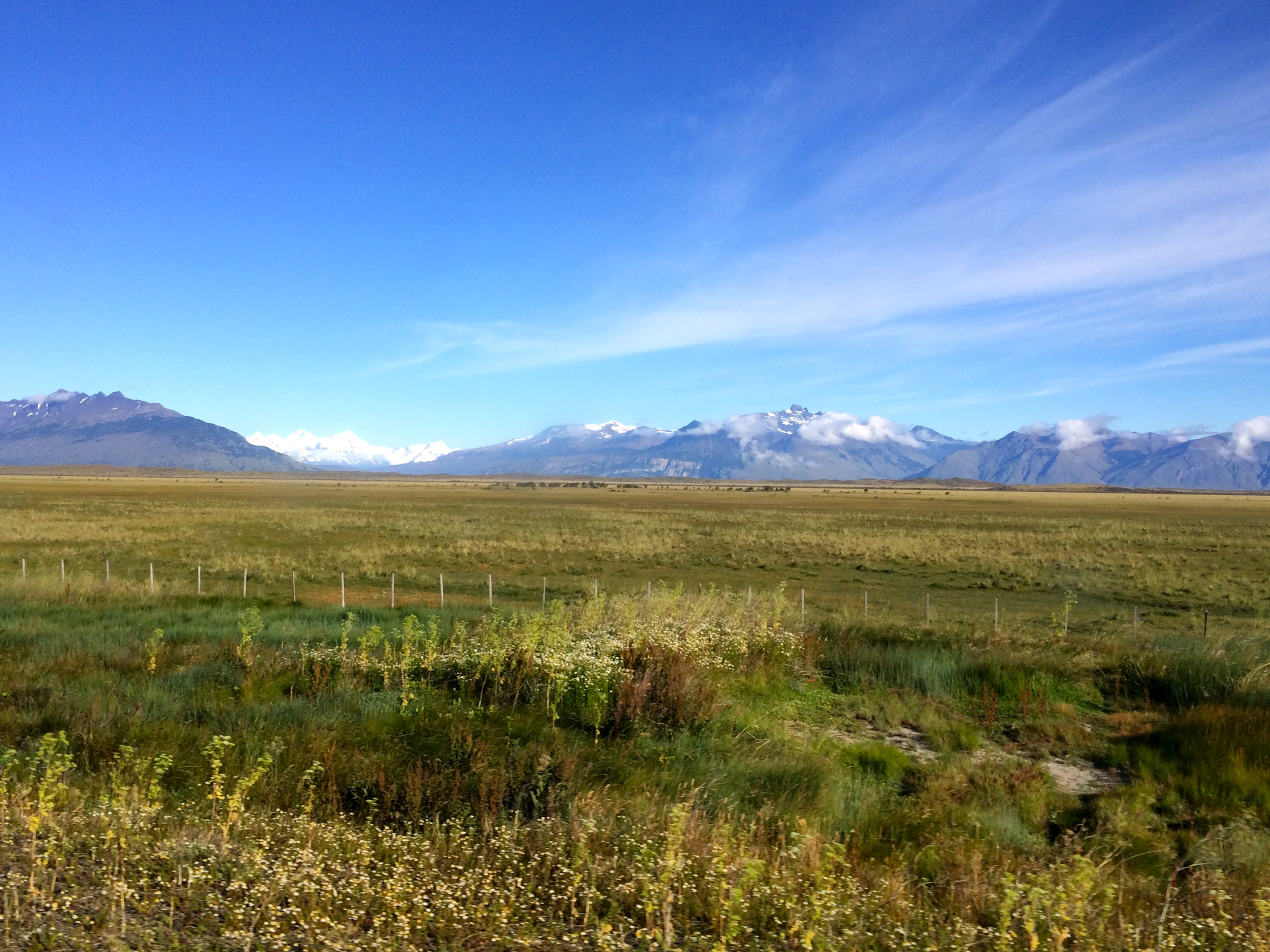 My alarm had entered my dream as some sort of sound, that is, until I was tossed back into reality. Scrambling around trying to locate my phone, I switched off the alarm, rolled out of bed, and hustled down to the bus station just before 8am. When I asked what time I could catch a return bus the driver replied “4pm.” When we arrived at Perito Moreno glacier around 10am, I thought to myself, “what am I going to do for six hours?”

I met some nice people from the Czech Republic and another from Buenos Aires. I walked around for a bit, slightly bummed that I was going to miss the start of the Seahawks game, staring out at the mass of frozen water which stretched from the waterline all the way up into the snow capped peaks behind it.

All of a sudden I heard a loud cracking sound and then a thunderous roar. I sprinted up the stairs just in time to watch a massive shelf of ice tear itself from the glacier and stand still, upright, for just a moment before it imploded and came crashing down.

In that instant, I was again brought back to reality, although this time it was not a piece of technology beckoning me back, but rather a beautiful, powerful display of nature.

I had never seen anything like it. Nice, warm sunny weather had brought with it nature’s demolition crew, so I sat down and enjoyed the show.

It was a bit like fishing, only without the fish…and the rod…and the bait…and the quiet serenity of nature. Loud tourists roamed everywhere, however, I sat there patiently, hoping to hear another booming crack, waiting for another colossal hunk of ice to come crashing down; waiting for a “bite.”

Bruno, my new friend from Buenos Aires, and I spent the remainder of the afternoon talking about traveling, Argentina, sports, finance…you name it, we talked about it, while our conversation was periodically interrupted by another loud pop.

As the bus pulled into the terminal in Calafate, I said goodbye to Bruno and hustled down the steps to the main street. I entered a rather artisan-looking pub and inquired about the game.

A slightly disturbing image appeared on the screen—the Seahawks were down 6-0. Minutes later, just after I had ordered a sandwich and a beer, Aaron Rodgers struck again. 13-0.

I remained calm, as there was plenty of game left.

The only other person in the bar that seemed even a little bit interested in the game was a random German guy, who told me that he pays attention to the NFL back home, but doesn’t necessarily pick favorites. When I told him I was from Seattle, he decided to lend me his support for the evening, which as the minutes ticked by, seemed to be evermore necessary.

As the Seahawks lined up for a field goal, I was starting to get a bit antsy; any points on the board were better than none at all. And then, all of a sudden instead of pinning the tip of the ball into the ground, Jon Ryan scooped it up and took off running for his life, effortlessly tossing a floater into the end zone.

I stood up, pumping my fists into the air. There was hope.

And yet, the rest of the bar paid no attention, remaining fully engrossed in conversation. My new German friend was laughing at the absurdity of what we had just witnessed.

After Russell Wilson’s quarterback keeper, the Hawks were down 16-14 and all hope resided in the onside kick. “Come on,” I said under my breath, “come on.”

The bar had the TV muted, thus I squinted at the ensuing pile of chaos as Coldplay blared in the background, searching for any kind of positive visual confirmation. The pointing of an arm was all I needed. An unheralded backup receiver named Chris Matthews had just made the most infamous play of his professional career.

I am always an optimistic fan—I have dreamt about this type of ending for years—whether it was the bottom of the 9th at SafeCo, or late in the 4th quarter at Key Arena or Husky Stadium, I am a firm believer that there is almost always ‘enough time.’ Don’t believe me, watch this video.‍

At this point the Seahawks appeared to be in control. Doug Baldwin was on a mission and Marshawn Lynch was in full ‘Beastmode.’ When Marshawn sauntered into the end zone for the go-ahead score, I emphatically mimicked his understated celebration and stood up, silently affirming what had just happened.

But when Luke Willson pulled in Russell Wilson’s desperation 2-point conversion to secure a 3-point lead, I jumped up, shouting, turning around to celebrate with the German guy. At this point, several Argentinians looked up from their drinks in an attempt to understand why some American guy was jumping up and down in the middle of a bar.

As the three Seahawks captains walked out for the coin toss, Tarvaris Jackson (backup QB), Steve Haushka (kicker) and Jon Ryan (punter / once-in-a-blue-moon-QB), confronted by a whole gang of Green Bay’s best players, I was overcome by a similar feeling I described in my last post. At that moment it was these three unlikely characters, representing an entire city, against the world.

This team has captivated audiences everywhere, and won the hearts of Seahawks fans around the globe. I’ve watched as many games as I could over the past four months. I could be anywhere in the world, yet each time I found myself in front of a TV watching this magical season, I felt at home.

While I have stated that my trip has been welcomingly consumed by nature, I cannot help but be captivated by the immense amount of power that sport has in this world and the unrivaled amount of emotion that it provokes.

What a ride it has been. And tonight, we get to watch these boys play one last time. No matter if you’re in a bar in Pioneer Square, at home on the couch, traveling in the Middle East, or at a hostel in the southernmost city on Earth, enjoy this moment. Oh and one more thing: