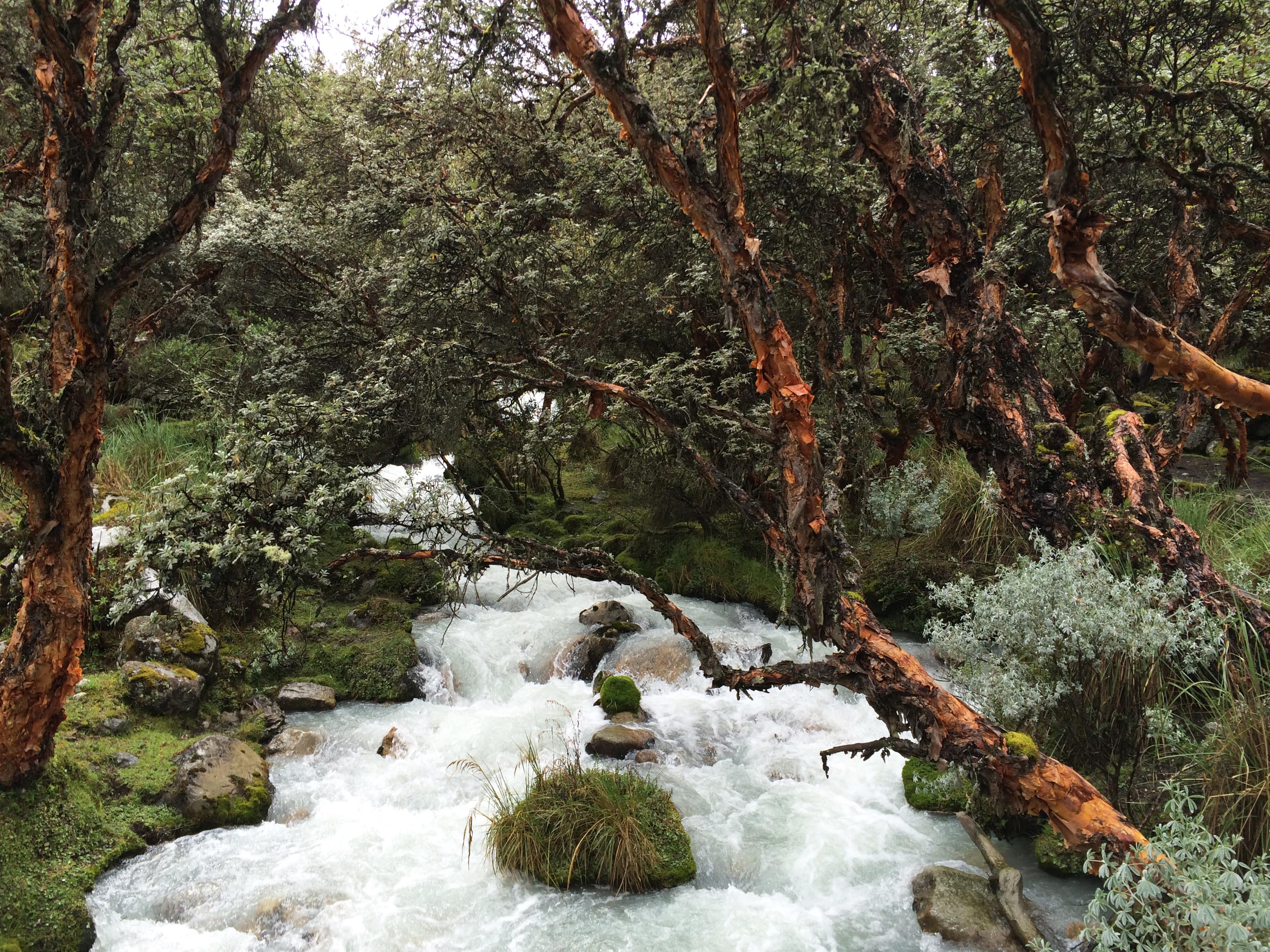 Huaraz was a nice change of pace, but perhaps almost too drastic of a change. I arrived to a small, frigid town that seemed to have hunkered down for the day to avoid the rain.

I came down with a cold, but was determined to go a supposedly epic hike the next morning. As I stood in the lobby area of the hostel I noticed a series of flags, though one seemed out of place: Canada, Israel, the UK, Brazil, Peru, and...Washington. I was a little puzzled as to why our state’s flag was so prominently displayed amongst those of nations, but as it turns out they were all gifts from other travelers.

The ride to the trailhead the following morning was long and very bumpy.

On top of that, I took altitude sickness medicine in order to prevent illness, but for the first time in my life I was unfortunately blessed with the random, often frightening, side effects that are read off really quickly and quietly at the end of pharmaceutical commercials.

Nevertheless, I began walking through a damp grassy meadow, filled with cows and boulders, divided by a winding stream. Our group began our ascent up the rocky trails that zigged and zagged, back and forth, up the mountainside towards Laguna 69 (unnamed, like most of the lakes around here).

About halfway up, on the side of a mountain, in the middle of Peru, I met a guy from Portland. Turns out we know a few of the same people.

When we finally reached the top, I was greeted by bright, turquoise water, contrasted again olive stone and a stark white glacier.

I opened up my backpack to pull out my snack, and out fell The Sopranos season 1 on DVD, which I had purchased in a bus station in Ecuador. As it would appear I took Tony Soprano trekking across the Inca Trail and now through the Andes to this glacial lake.

I made my way back down to the van, which had been waiting for us. Liability standards are a bit different here, as I never signed any sort of waiver, nor did the van driver provide us with very attentive instructions: “Follow the trail. Meet back here in six hours. Turn your phones off because they attract lighting.” At this point, I am unfazed.

I spent a couple days in Lima before catching a flight back up to Costa Rica and then a boat to Montezuma. Of all the beach towns I have visited, this was perhaps my favorite. Everything was so quiet, so laid back, yet removed from the typical tourist vibe.

It was nice to relax for a few days and let my body rest. I also was able to meet up with my family for Christmas!

I’ll be spending the next few days with them, enjoying the holidays, though I will start writing again when I head south to Chile.

Happy Holidays to everyone back home and those traveling the world! I am excited to continue to share my adventure with you as we approach the New Year.