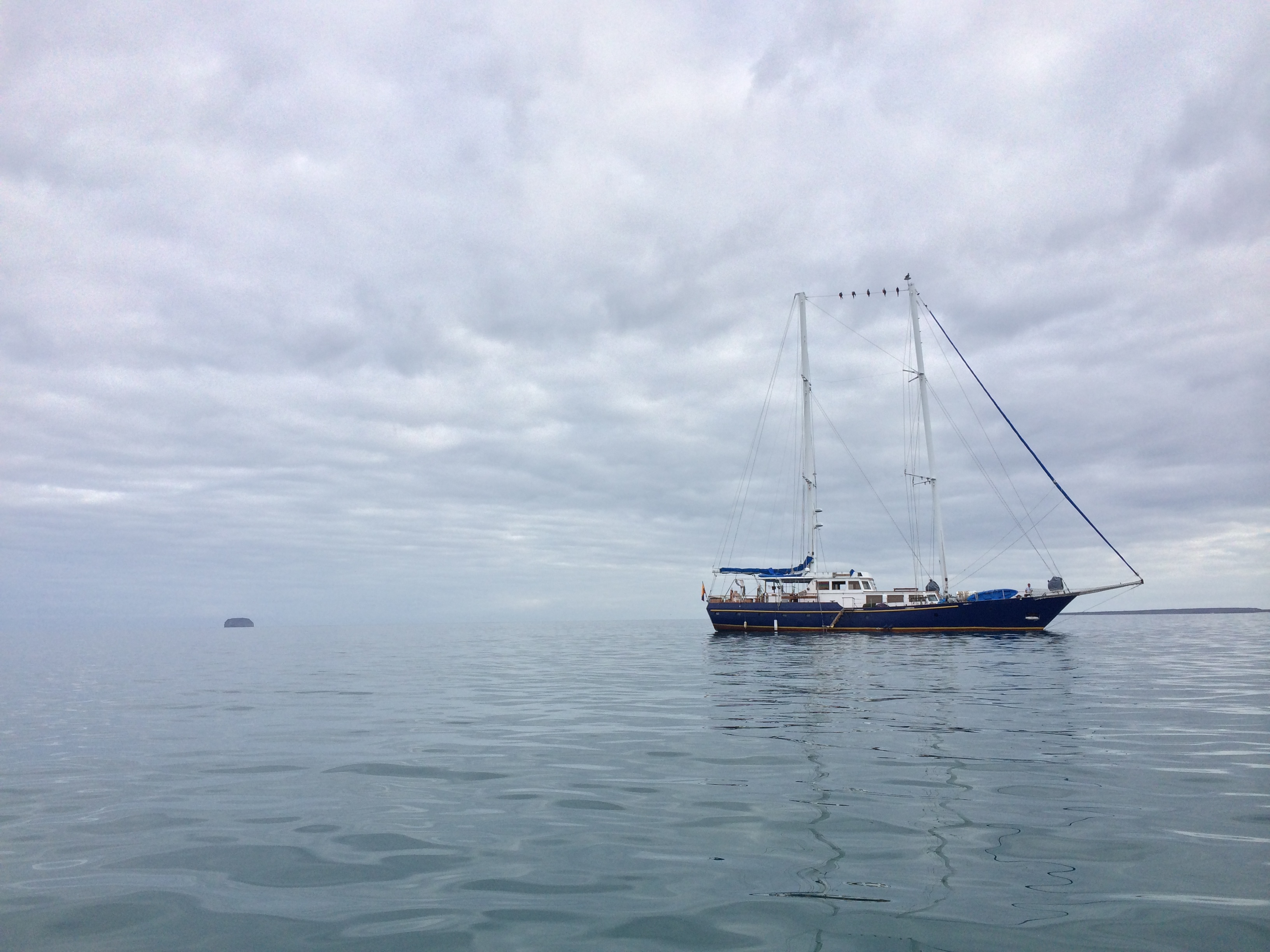 Eight months ago, I was walking briskly down Memorial Way en route to the beginning of my final quarter of college. Eight months ago, I sat down in my last Honors class, titled “DNA & Evolution,” to learn about what a man by the name of Charles Darwin discovered some 180 years ago. Eight months later I found myself following his very footsteps.

Each time I stepped onto a new island, I felt as though I was setting foot on a foreign planet.

Santa Cruz is home to a small, developed town, as well as plenty of giant tortoises (which have been known to cause “turtle traffic jams” on the main road, as no one is allowed to touch them). Some of the islands are blanketed in white, “dormant” trees, which are essentially hibernating until the rains come, thus the land looks as if it has been dusted in a light snow. Other islands are covered in lush green lowlands, home all kinds of animals, while the newest islands are almost entirely cooled lava flows, offering a barren mass of volcanic rock, absent of almost any type of life.

Some islands are tiny, perhaps just a small rock poking out of the ocean, while others are massive; no two islands are the same.

Since their discovery, humans have interfered with the islands and their native species, but for quite sometime now, the native species have been completely protected, therefore they have had no reason to fear humans. Unlike animals back home, they didn’t run in fear when we approached them. Instead, most stood there and stared quizzically at these large, awkward, brightly colored animals (humans) sauntering towards them.

I would argue that most animals’ “fear” of humans is justified; for centuries we have been polluting their habitats, destroying their homes, domesticating them, and poaching them. Humans on the other hand, sit at the top of the food chain.

For humans, fear is suffering from the improbable.

Fear is standing on the sidelines because you don’t want to make a mistake on the field. Fear is letting others tell you that you can’t.

As we drifted around Devil’s Crown, a dubious rock formation off the coast of Floreana Island, a small white-tip reef shark glided smoothly below me, before disappearing into mysterious oceanic depths.

At first when I saw this animal, I was a bit scared.

Several days later, we came face to face with a huge shark, about as big as me, trolling the shallow coast of Santa Fe for a snack. It was massive, terrifying, fascinating and beautiful, all at the same time. Albeit, our guide later admitted that the experience was “a little scary” because these predators only come into this particular bay when they are hungry, there existed a mutual recognition between human and shark that neither party intended to harm one another.

While I promised myself that I would not try to preemptively quantify my growth throughout this experience, after only two months, I do see a level of confidence that perhaps was simply waiting to bloom. Never before would I have ever thought I would swim with sharks.

In fact, I found myself swimming after sharks to get a closer look, rather than paddling away, consumed by Jaws/Discovery Channel-induced fear.

My respect for the power, splendor, and reality of nature has grown immensely over the past week. In fact, I think it will be hard to ever go to a zoo again. I felt like I was living in one of the Animal Planet shows that Sam and I used to watch when we were little.

I paddled gently next to gigantic sea turtles. I watched sea lions playfully gallop around the beach and magnificent frigate birds dance in an attempt to woo potential mates. I snorkeled with sharks and rays of all sizes, more sea lions and dense schools of tropical fish. I watched a pod of dolphins jump energetically out of the water, courting the bow of our boat, as the ocean spray pounded me in the face. I saw blue-footed boobies dive bomb head first into the water in search of fish. I met an awesome group of people, and spent a week sailing around these amazing islands.

They say, “A picture is worth a thousand words,” so with that, here are some memories from one of the most incredible weeks of my life.