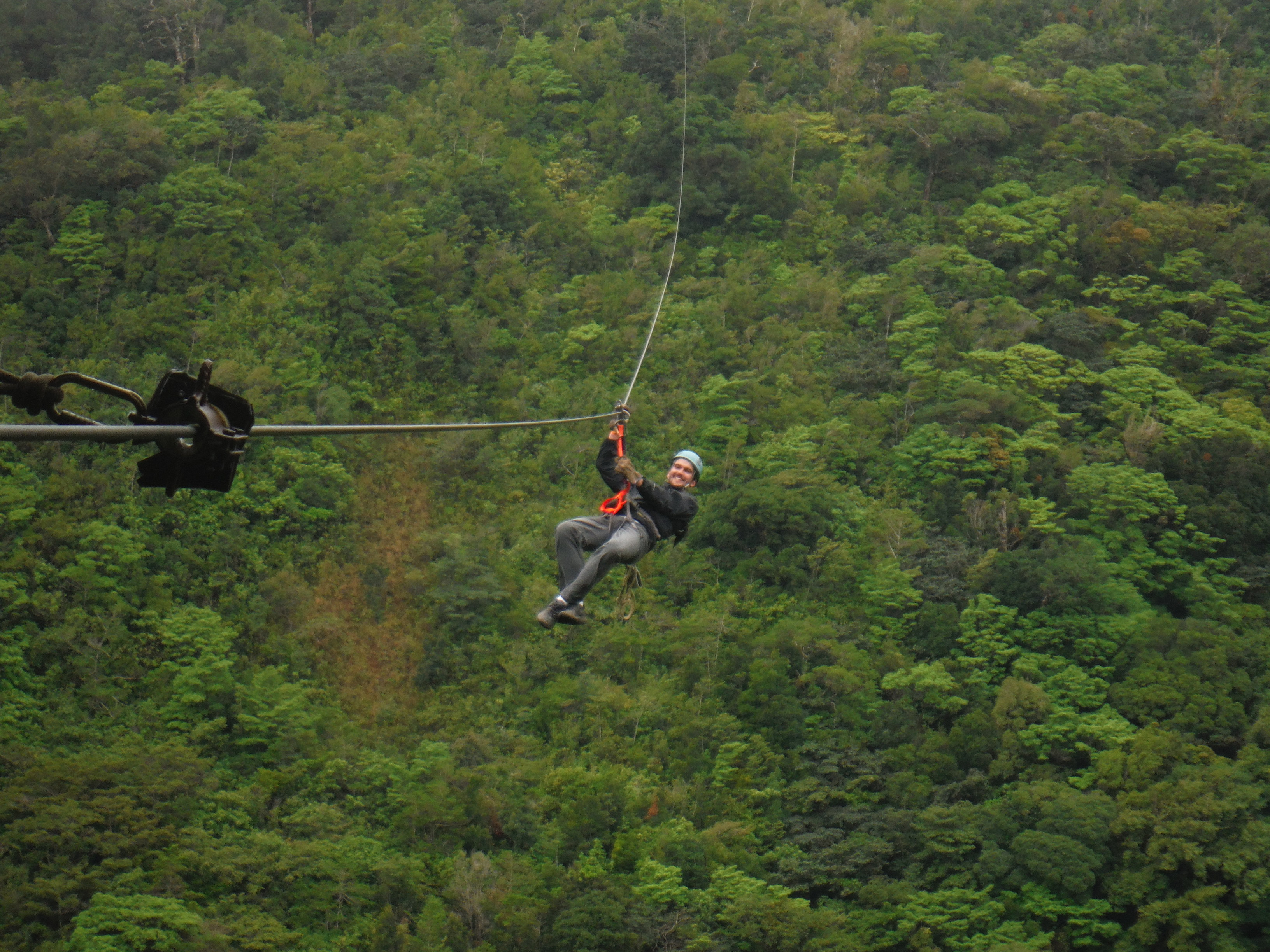 For the first time in my entire life I slept through my alarm. I had set it for 5am so that I could be at the bus station by 6, though when I awoke on my own accord, I clicked on my phone.

I rubbed my eyes, hoping that they had deceived me. No such luck. I scrambled out of bed and tossed my things into my backpack, sprinting through my mental checklist of the most important items.

I hustled out the door of the hostel en route to the Tica Bus terminal. On the map it didn’t look that far, but each block seemed like it would never end. After it was all said and done I tumbled through the terminal doorway at 6:40am, only to find that I could only buy a standby ticket. Fortunately there was space and off I went.

When we arrived at the Costa Rican border, I approached the immigration desk with my passport, only to have the immigration officer ask me for my departure ticket from Costa Rica. “I don’t have one, I am going to buy it in Costa Rica,” I told her confidently in Spanish, with a big smile on my face.

She started rattling a whole bunch of information off really quickly (I am finding that Costa Rican Spanish is more difficult to understand than that of Nicaragua). Basically she said I needed to prove when I was leaving the country so that she could issue the proper number of days onto my visa.

Apparently in my research I had missed this important tidbit of information.

She asked me how long I would be in Costa Rica. At this point I wanted to seem as innocent as possible, however, I didn’t realize the magnitude of my answer. “Una semana” (“One week”), I replied quickly. Apparently I didn’t look too intimidating because she stamped my passport, scribbled something down and I was on my way. Little did I know, it didn’t matter what I looked like because she had only given me 10 days on my visa. This could have been much worse had I planned on staying here for quite some time, but luckily I originally planned to only be here for a week or so.

Despite the fact that I was only allowed to spend 10 days inside the country, I was determined to make the most of my time. I met an awesome couple at the bus station, Ellie (from Colorado) and Os (from Costa Rica), who showed me to a really cool hostel and then around the main street, which reminded me a lot of a smaller version of La Rambla, in Barcelona. Once the mini-tour was over we stopped into a restaurant to grab a beer and chat about life. Turns out the two are really interested in languages (Os teaches Spanish) and actually take Mandarin classes every Saturday in San Jose, so I told them about my trip to China, etc. [note: If you’re reading this, thank you for being awesome hosts!]

Eventually I bid them farewell, headed back to my hostel and started to plan my next move.

The next day I wandered back down the street in search of shoe deodorant, which apparently doesn’t exist in Costa Rica, and then onto the National Museum, which is housed in a really cool, old, bright yellow fort.

I meandered through the various exhibits, each of which pertained to some part of Costa Rican history. One particular exhibit detailed key figures on hanging cards, allowing visitors to literally “walk through” history. My favorite exhibit consisted of photographs of iconic moments in recent history: everything from Obama’s first visit in Costa Rica to the construction of the Panama Canal. It was quite fascinating.

I decided to take a bus to La Fortuna, a quaint town that sits near the base of Arenal, the famous volcano. Unfortunately, when I got to town I was informed that no one is allowed to climb the volcano right now and due to the constant rain, that Cerro Chato (a smaller hike to a crater lagoon) would be dangerous. Apparently, I was destined to take it easy in La Fortuna. Fortunately, I met two hilarious Italian guys and happened upon an awesome hostel.

While I admired the little town, I decided to head out to Monteverde the following day, in search of something new and boy did I find it.

Even smaller than La Fortuna, this misty town is situated on the edge of a cloud forest; I wasn’t going to let the rain stop me this time. I met two cool Americans named Kyle and James, who let me tag along on their hiking adventure for the day. We wandered through the jungle and across wobbly, metal suspension bridges, passing through low-hanging clouds. It was a very peaceful experience.

That night I participated in a “night hike,” to search for Costa Rica’s nocturnal wildlife. We saw a sloth, plenty of birds and lots of bugs, but the coolest thing we saw had to be a big, orange and black tarantula that the guide lured out of its hole with a cricket.

I felt like I was watching Planet Earth, in person.

While the hikes were interesting and educational, without a doubt, the best part of Monteverde was zip lining. Earlier this morning, I was attempting to figure out which canopy tour to go on when I randomly met a group of people from Tacoma (of all places). We joined forces and made our way out of town and up a rocky, dirt road to Monteverde Extremo.

The name says it all. This tops any sort of canopy tour I have ever seen.

The course started nice and easy, yet by the third line I found myself flying across a damp, green valley, hundreds of feet above the jungle. Surely I was a little scared, but . That was until we got to the rappel platform, where we were lowered several hundred feet down to a “tarzan swing,” which was essentially a short free fall until the rope tightened and swung you high into the canopy.

I was literally shaking as I approached the edge. The two men strapped my harness to the rope and then without much warning helped me off the ledge.

I screamed. First out of terror, and then out of joy.

The last few lines were relatively short, until we got to the final line. While it was 1 km long, a small storm had rolled in and then subsided, so you could only see about 300 meters of the line before it disappeared completely into the mist. To top it all off, I decided to go “superman,” meaning that instead of sitting with my harness strapped in front of me, my harness was strapped behind me, allowing me to lay on my stomach, staring some 450 ft straight down.

The guide got the ok and sent me off. I have never felt so close to flying before. I went shooting down the cable and into the white mist. We were supposed to open our arms when we reached halfway (when I asked where halfway was, the guide replied with a smile, “In the middle”). Just as I did so, I popped out of the cloud and caught a glimpse of the stunning landscape below me.

I won’t lie, my legs were quivering before I jumped off the tarzan swing platform. I pushed myself today and it feels awesome. I don’t think I’m going to become an adrenaline junkie anytime soon, but I feel alive today. I feel confident. I feel content.

The weather is much cooler here than in Nicaragua, and everything is a lot cleaner. Though, certain parts feel very westernized/touristy (e.g. we passed a Denny’s and a Taco Bell on the way into San Jose).

Monteverde was a nice step away from the franchised fast food restaurants, but after 10 long hours of bus rides today I made it to Puerto Viejo (on the Caribbean coast) to escape the rain and enjoy my last couple days in this amazing country.