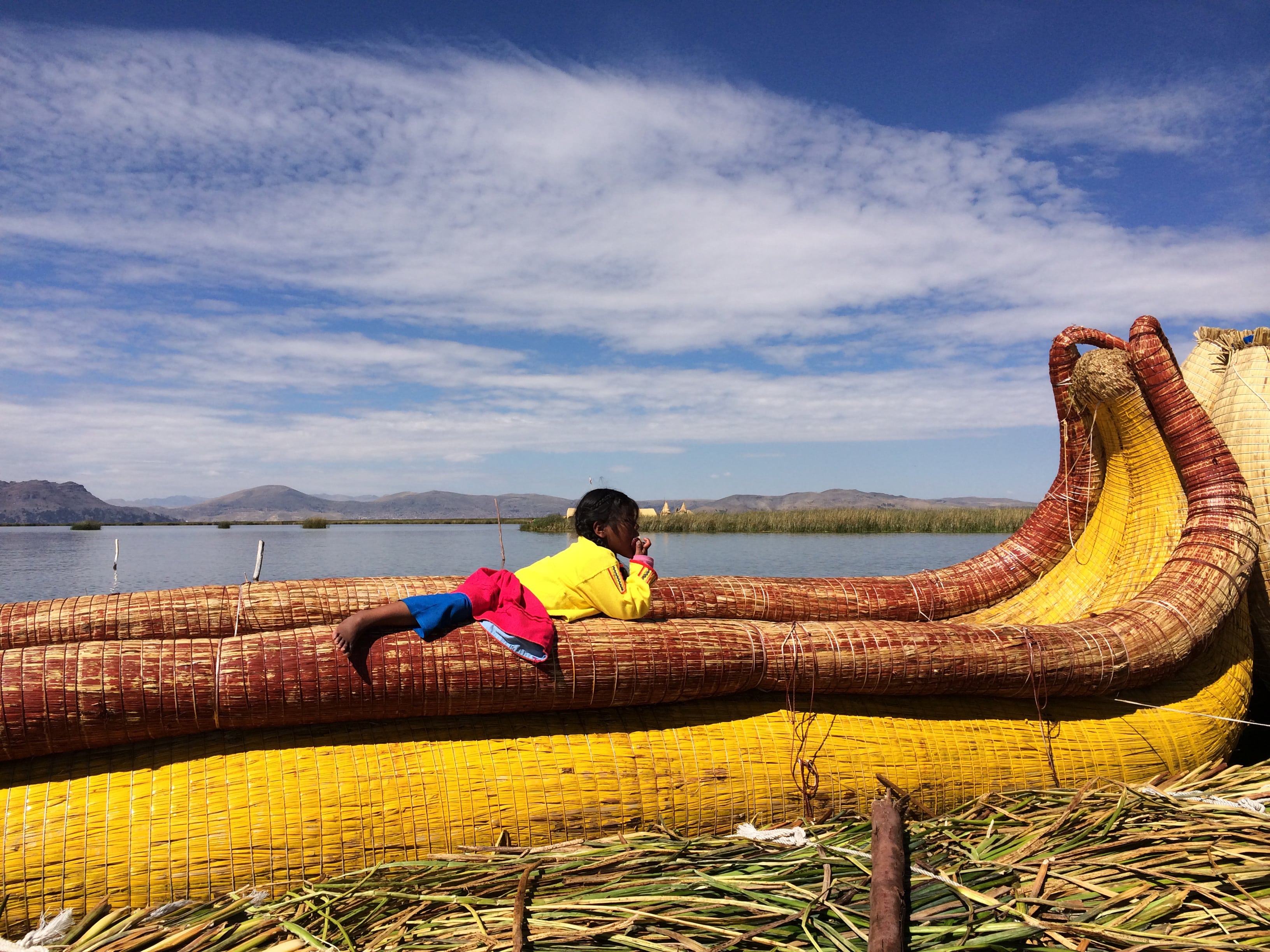 I peered out the dirty bus window as the sandy Peruvian countryside side fluttered by. I had been on this particular bus for 25 hours now, and had another four or so to go before I reached Lima.

I have become somewhat numb to long bus rides, as well as constantly packing and unpacking my backpack. While I can’t believe that this is my reality, it has finally become somewhat “normal.”

As I sat there, staring out at the desert as it morphed into a beautiful, sparkling beach sloping gently into the Pacific Ocean, Sol’s Eyes Open EP poured out of my headphones, filling my head with thoughts of home, dreams of far away places, and an inexplicable sense of inspiration.

Sol created Eyes Open during/after traveling via Bonderman Fellowship, and while it may not necessarily make sense to those back home, at that very moment on the bus, I felt as though his words almost perfectly described what I have been feeling, thinking, experiencing, doing.

As we approached the outskirts of Lima, we passed by dusty slums, crawling up the hillside, far away from the clean, seaside shopping malls of the Miraflores neighborhood.

Many have decried that Lima is “just another big city,” but I actually found it rather charming (which might partially have had to do with the fact that I saw a bulldog skateboarding). I will be back in the city in a few weeks, thus I would really like to explore it a bit more in order to get a more authentic understanding.

From Lima, I boarded yet another bus en route to Huacachina, a small oasis in the middle of the desert, well-known for crazy dune buggy rides and sand boarding. I figured I slid down a volcano, so I might as well slide down some huge mountains of sand.

As I buckled my seat belt, the engine of the open-air, off-road buggy roared, and all of a sudden, my shark-swimming courage evaporated. The buggy sped off across the warm sand, quickly up a steep embankment and then sharply back down; I felt as though I was on the fastest, sandiest, most unpredictable roller coaster ride of my life. Finally, we parked atop a particularly steep dune, unloaded the boards, waxed them and one by one, sped headfirst down the peak of sand. After a few runs, we stopped to admire the sun setting behind the windswept dunes.

I looked around. I had never seen anything like this place before. Stunning hills of sand spread out in all directions, eventually dipping down to form a ridge around a small pond, home to Huacachina. That night I had what was probably the second most interesting cab ride of my trip, as the driver burst out singing Italian opera (the dude actually had a pretty good voice).

For the first time ever, I spent Thanksgiving away from family. I was bummed that instead of eating turkey, mashed potatoes, stuffing, and pumpkin pie (I’m getting hungry just writing this) with my family, I ate McDonald’s, but it allowed me to recognize how much I am thankful for. I am incredibly grateful for this amazing opportunity, as well as the awesome people around the globe that continue to support me throughout this journey.

While I spent a lot time this Thanksgiving thinking about what I am grateful for, Thanksgiving wouldn’t be itself without a little football, thus fortunately, I was able to watch Russell Wilson and Richard Sherman eat turkey on the 49ers logo (NBC had to have known what it was doing, setting up a post-game feast up at mid-field). Unfortunately, by the time the game was over, and I had packed my bag, it was nearly 2am and I was supposed to be up at 2:45am to go on a two-day hike through Colca Canyon. Long story short, I didn’t make it.

While I have been doing my best to stay within my budget, and therefore to not waste money, the finance major in me would declare it a “sunk cost.” All I could do was learn from my mistakes and move on.

In fact, I moved onto Puno, a smallish town on the banks of Lake Titicaca, and the hometown of Hugo, a family friend, whom I practiced Spanish with this summer in preparation for my trip. Having gotten to know Hugo, I was very excited to explore his town, which he left many years ago to move to Washington.

I was able to get out to Los Uros, a series of floating islands, built of reeds. I climbed off the boat and stepped onto the squishy, yet dry, tangle of reeds, where four families lived in modest, thatched huts on an island about the size of a basketball court. We met the president of the island, who described how the islands are constructed, what daily life is like, etc. Then the man pointed out several solar panels on the roofs of the huts. A tiny society, on what essentially is a hand-crafted raft, that has to paddle a canoe made of reeds to school every day, and basically lives solely off the lake, has electricity.

From Los Uros, we made our way to Taquile, a natural island, which has fostered a culture similar to that of a giant societal stoplight party. All married men wear a specific hat and/or belt to indicate their being married; married women too have a specific outfit which consists partly of four, small brightly colored pom poms used to publicly display the woman’s current feelings/mood, as well as to answer questions. While this entire setup may seem strange to us, it is fascinating to learn how other people live.

On my last night in Puno, I scored a window table at a delicious Peruvian restaurant overlooking the main square, Plaza de Armas, where a huge parade was underway. As darkness descended upon the town, fireworks lit up the sky above the church—I couldn’t have asked for a better way to end my time in this lovely town.

While I loved Ecuador, Peru is off to an awesome start. I just arrived in Cusco and am going to cross Machu Picchu off the bucket list in a few days. Adios for now.