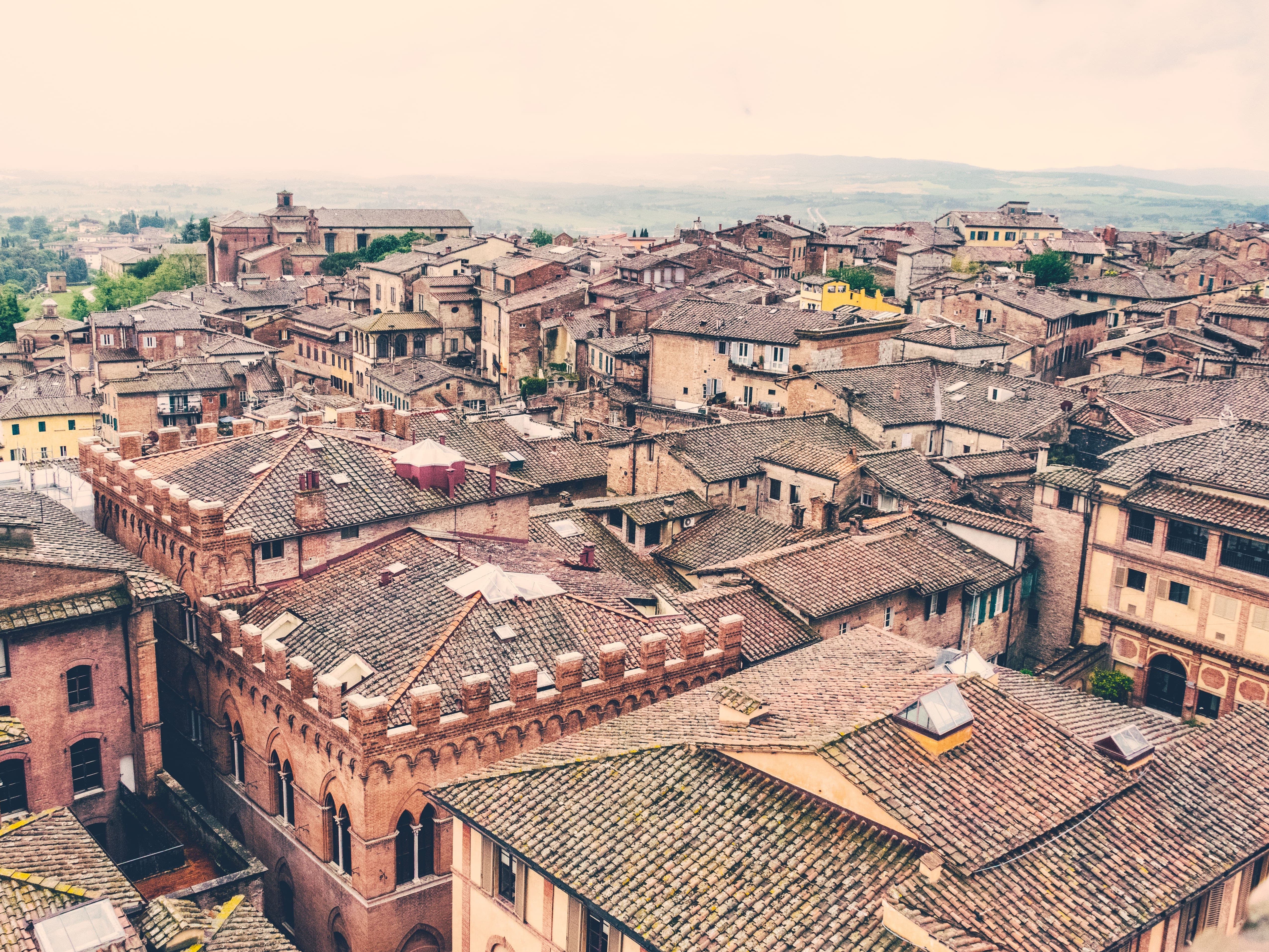 For any of you who have been following my blog, we looked up ‘Plants and Animals,’ the band we met in Paris. They’re on iTunes and their youtube video has over 70,000 views (can be seen here), which is approximately 69,964 more views than any of my Dance 100 videos ever received. Not sure where that puts them in terms of actual talent, but it is a start.

Our second day in Florence was quite eventful. We went inside the Duomo, which is shaped like a cross, coated in neutral shades of marble. In the middle of the structure sits the largest brick dome ever created, which is painted on the inside to represent the various stages of life (life, death, heaven, hell, purgatory, etc.). While walking around I caught a few facts from different tours being conducted, one being that the large black holes scattered throughout the fresco allowed large poles to be used to create some sort of painting platform (as it would have been seen as rude/illegal to put up scaffolding on the holy altar).

Once we walked through a warm, claustrophobic brick tunnel up to the terrace, we looked out over not only the red roofs of the city, but the lush hills of Tuscany. The scenery here is breathtaking. We trudged back down the hot stairwells, but only after I smacked my head into a rock door frame causing some foreign tourists to laugh hysterically. I’m learning, or at least my head is, that Europe was built by short[er] people.

We had some of the most delicious pizza I’ve ever had for dinner last night, and then proceeded to a local pub, catered to Americans studying abroad (the ceiling was filled with American college t-shirts, greek letters have been carved into every table, etc.). We met a group from Eastern Connecticut University, who were interesting to say the least. A group from UCSB told us we should check out Yab, some club nearby, and while none of us are exactly club people, we decided to just go for it.

Upon arrival, the line was quite long, however fortunately we were with Kenzie; the bouncer let her and I past the line while we waited for Reed to go to the bathroom. It seemed as though they didn’t really want us just standing there, however I quickly made small talk with the large bouncer about the Sonics, Kevin Durant, OKC stealing our team, etc. and when the other bouncer stopped Reed at the rope, our new friend immediately ran over to let him in. The club was a typical bar/club, yet it was quite fun. We met Mike, from Philadelphia; we are still not quite sure if he worked there or not. Reed eventually decided it was time to go home, and led us out.

This morning we saw Michelangelo’s Statue of David, which is an astounding piece of art (and marble). I got yelled at for taking pictures, but managed to get a few good shots in. In another room, a more modern piece of art consisted of a mannequin (which looked like Ron Weasley/Danny Harley, for those of you who have the pleasure of knowing one or both of these intriguing individuals) kneeling over a puddle. It was so eerily real that for nearly 10 seconds, I thought some random guy had jumped the rope and was taking a very strange picture.

We arrived in Siena early this afternoon. It’s even hotter than Florence; there is about a 15 degree difference between being in the shade and being in the sun. Our hotel is literally 2 blocks from the Campo, allowing us to be right in the middle of everything. The Campo seems to come to life after dinner. We sat outside and ate gelato as the sun went down, and watched little kids run around and play tag and soccer. It was very reflective moment, as it seems as this first week has flown by.

[side note: it’s now midnight here, and a band of snare drummers are walking through the streets playing some sort Palio (semi-annual horse race between all of the neighborhoods in Siena) March song. It is extremely repetitive. And loud. Everything seems to echo throughout this walled city. Europe sure does love their music.]