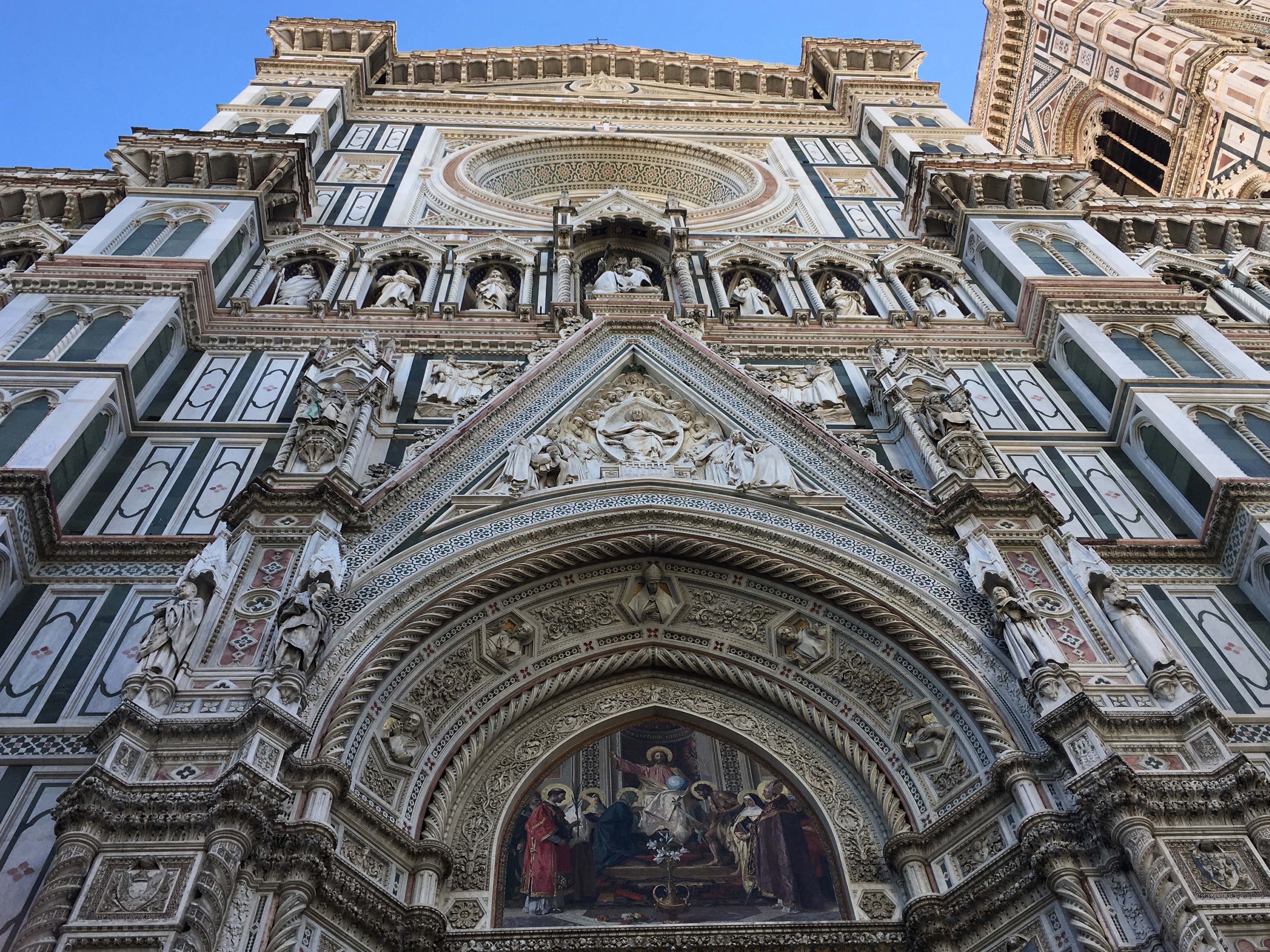 This morning we caught a train to Pisa, and rather than waiting for our 1 hour layover, we ran to make the earlier train to Florence. Just as we thought we had figured out the train system and were literally 2 minutes away from Florence Stazione Centrale, we were issued a 40 euro fine by some wack conductor who was upset that we didn’t “validate” our ticket (which is done by a machine that has only worked at roughly every other train station).

This certainly put our damper on the day, but frankly we figured that a fine and a missed train to Milan are probably the least of our worries.

Once in Florence, it became noticeably hotter. We seem to have lucked out with yet another good hotel; lodging is perhaps our strong suit, though our food choices have been getting better and better. We strolled around the city for several hours. There are plenty of markets and lots of leather.

Aside from real Gucci and Louis Vuitton stores, there are plenty of knock offs set up around nearly every plaza/square. These salesmen seem to have a well-rehearsed system, one in which as soon as one vendor sees la polizia, all others immediately pick up their goods, scatter, and set up down the road.

It’s odd being in a big city again. It is so different from La Spezia (and Paris for that matter). That’s what makes this trip so interesting; no place is the same.