Somewhere Over the Atlantic 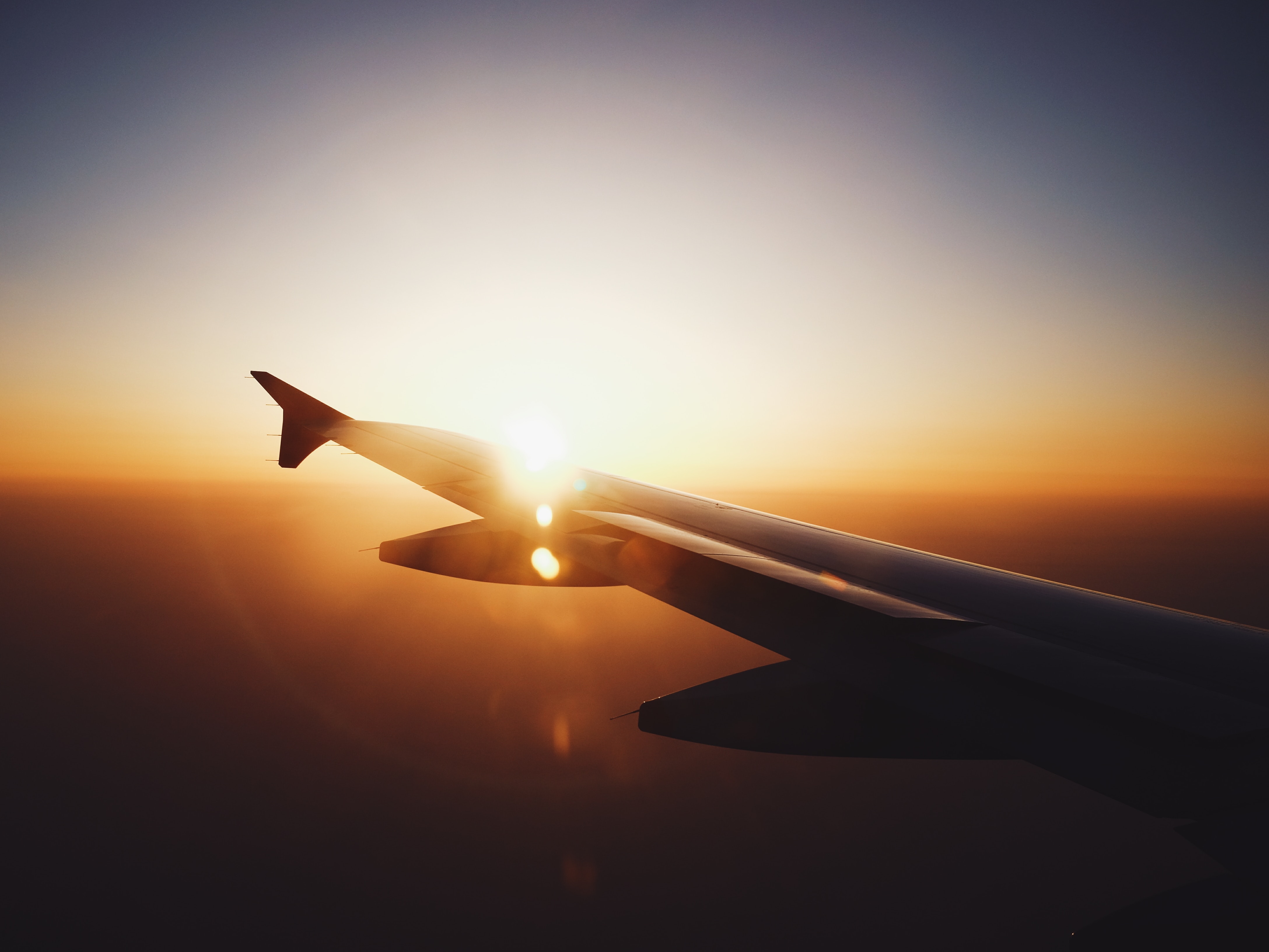 As I write this blog post, I’m currently 35,000 feet up in the air, somewhere over the Atlantic, on my way home, thus I thought it would be appropriate to reflect on my final days in Europe.

Our time in Barcelona unfortunately ended on a much lower note than the soccer game; the next night (our last night in Barça) one of my friends had her purse and phone stolen on the beach. Moments later, Reed had his phone pickpocketed, as we made our way up the hill from the Barceloneta Beach, perhaps no more than 50 yards from the taxi we would take back to the hotel.

Immediately, and quite understandably, our experience in Barcelona seemed tainted. However, by the time we woke up the next day, several of our friends offered Reed some very genuine wisdom.

That afternoon we left Barcelona and its scorching heat behind for London, England. We took the Heathrow Express to Paddington Station (the station in which ‘Paddington Bear’ was left in, hence his name), from which we cabbed to our hotel near Westminster and the London Eye. On the way to the hotel we casually drove by Buckingham Palace, as well as Big Ben. I stared, wide-eyed out of the window trying to take in as much as possible. I felt as I did when I arrived in Paris, way back in the beginning of July. I was in awe.

After settling in, we decided to head down to Stamford Bridge, home of Chelsea FC (the reigning Champions League winners), to see if it were even possible to get ahold of tickets. Surely, we found some tickets, though the cheapest were £100 (or about US$150). We decided to pass and instead found a local pub right outside the stadium.

As we approached this very traditional English pub, painted a dark black/blue, covered in tall, skinny, slightly dirty glass window panes, it was quite evident who was welcome and who wasn’t: “HOME FANS ONLY” read signs in nearly every window. Seeing as we were Americans, not looking for any trouble, we were allowed in just as the entire pub cleared out to go inside the stadium. As we dined on English fish and chips and drank flat, room temperature British beer, the game appeared on the large silver flat-screen TV’s, which hung on faded red, brick walls. As more and more locals filed in, the cheers and boos got louder. Though, as opposed to an American sports bar, there was not the low buzz of constant conversation that we are accustomed to. The crowd seemed intently focused on the play, choosing to watch attentively instead of talking. That being said, anytime the ball neared the goal, the crowd disagreed with a call or someone just felt like giving an aggressive yell of encouragement (“Comeee Onnnn Chelseaaa” seemed very popular), the room transformed into a noisy, rowdy group.

Though Chelsea was down 1-2 at one point, they ended up scoring three more times. Reading (Chelsea’s opponent–not a verb used to describe someone looking at words in a book), was unable to answer and watched the rival squad win 4-2.

[side note: I just took a break in the middle of this post to watch ‘Hoop Dreams,’ a documentary which follows the lives two young aspiring Chicago basketball stars, beginning when they’re in 8th grade and following the next five years of their lives. For those who enjoy documentaries and/or basketball, I highly recommend it. Though if you still have not done so, watch the Goonies first.]

The next day we walked all over London. We saw Big Ben, and then visited Westminster, which was pretty sweet. The audio guide thing, which looks like a large ‘brick’ cell phone from the 1990’s, was actually fairly interesting; we saw Charles Darwin’s headstone, as well as Isaac Newton’s, Chaucer’s and plenty belonging to former English royalty. There is one hole, now covered by glass, in the far corner of the church, which was caused by a bomb during WWII. Interestingly enough, directly in front of said corner, which is dedicated to the Royal Air Force, lies Oliver Cromwell’s headstone.

This struck me as very odd, being that Cromwell helped lead a civil war, which overthrew the throne for sometime. [side note: Thanks AP Euro! I still remember something from that class.] The nasally British accent speaking loudly into my ear proceeded to inform me that though Cromwell was buried here in 1658, but three years later, when the monarchy was restored, the king ordered his body to be removed, hung and decapitated (I think he was still a little upset about the whole revolt thing).

On our way out, one thing stuck out: a large plaque dedicated to Franklin D. Roosevelt. I believe it was the only memorial dedicated to a non-Englishman. I found this very honorable and pretty humbling, when you think about the impact Roosevelt and the United States has had on modern society.

On our short walk to lunch we passed by a huge bronze statue of a very overbearing, confident man: “Churchill,” the only word engraved into the stone upon which the statue sat. An electrical current runs through the statue so that birds cannot perch on the monument and do their business. Though we did not have time to visit Winston Churchill’s bunker it is said that whenever London was bombed during World War II, he would walk outside of the bunker, light a cigar and stand there, watching the enemy planes bombard the city, as if ‘daring them to hit him.’

The history in London is unbelievable, and it only seems to continue to add to it. The city was in tip top shape being that it just hosted the 2012 Olympics, and is currently hosting the 2012 Paralympic Games, thus there were plenty of people stationed all around the city to help visitors.

Nearly everyone that we met was so nice and accommodating. I won’t lie, it was also quite nice to hear and see English everywhere I went after nearly two months of foreign languages.

So now, as I sit here on the airplane, with my laptop crammed onto the tray table in front of me, I am finally on my way home. There are so many things going through my head.

The past seven weeks have been some of the most incredible of my entire life. I saw the Eiffel Tower, Notre Dame and the Mona Lisa. I met a band (Plants and Animals, I wish your music career the best). I hiked the mountainous coastline of the Cinque Terre and went swimming in the Mediterranean Sea. I watched part of a Madonna tribute concert from a hotel window in La Spezia, Italy. I popped bottles in the middle of the Campo in Siena, home to the world famous horse race known as the Palio. I climbed the Duomo in Florence and looked out over all of Tuscany. I backpacked from Paris to Rome for 10 days with ‘The Unit’.

I lived in Rome for two weeks with Trash Cahill. I played soccer and basketball with kids from all over the world who had immigrated to Italy. I studied in a classroom overlooking Campo di Fiori. I sang karaoke. I went to an ice bar. I strolled through the Coliseum. I sang more karaoke. I made new friends. And reconnected with old ones.

I lived in León, Spain with a 60-year-old woman who didn’t speak English. I visited gigantic, otherworldly underground caves. I saw a man sing, play the guitar, the cymbal and the bass drum, all at the same time. I made more new friends. I ate kebabs. I danced until the wee hours of the night at a bar more than 700 years old. I watched the United States of America beat Spain in the gold medal basketball game. I learned about how immigrants are affected by Spanish and Italian soccer, as well as immigrants’ effect on the sport. I went swimming in Gijón. I said goodbye to new friends.

I walked along a beach in Barcelona. I ate seafood paella. I stood atop Park Guell and looked out over the entire city. I watched Messi score two goals for FC Barcelona at Camp Nou. I danced like a fool in a club on the beach with three of best buddies until 5am (the people of Spain have since learned “the shopping cart,” “the lawnmower,” and lots of other awful dance moves).

I have been in more churches than most people ever will. I saw Big Ben, Westminster, Buckingham Palace and cars that drive on the left side of the road. I watched a Chelsea game outside Stamford Bridge.

I studied abroad in Europe for nearly two months. And I loved nearly every second of it.

It’s funny, to think back to the night before I began this adventure, the night that I created this blog. I threw out the idea of writing a blog to a few of my best friends, all of whom said that I should do it, and so I did. Not only have I learned a lot about the world in the past seven weeks, but I learned a lot about myself as well.

Perhaps most interesting, I learned that I want to keep writing. I’m not sure yet what that will mean for me in the future, but I do know that I will continue to write this blog. Ever since I started writing it I have observed the world a little differently; often after I see or experience something, I think about how I would convey that picture, that situation, that feeling to someone through writing.

I sincerely hope that anyone who has been reading my blog has enjoyed it. I know I have certainly enjoyed writing it. This is not the end, but merely the beginning. Do look out for future posts on various topics. I think that’s one of my favorite parts about writing: I can write about absolutely anything I want. Anything.

Anyway, as my adventure comes to a close, as I am on my way home, there are countless other adventures just beginning. As a final word, I highly encourage anyone who has the chance to travel/study abroad, to take it. It is truly a once in a lifetime opportunity. The same goes for any opportunities you may be granted in life. Don’t be afraid to go on an adventure, to take a risk, to do what you love to do.

“Stay far from timid, only make moves when your heart’s in it and live the phrase, sky’s the limit” – The Notorious B.I.G.