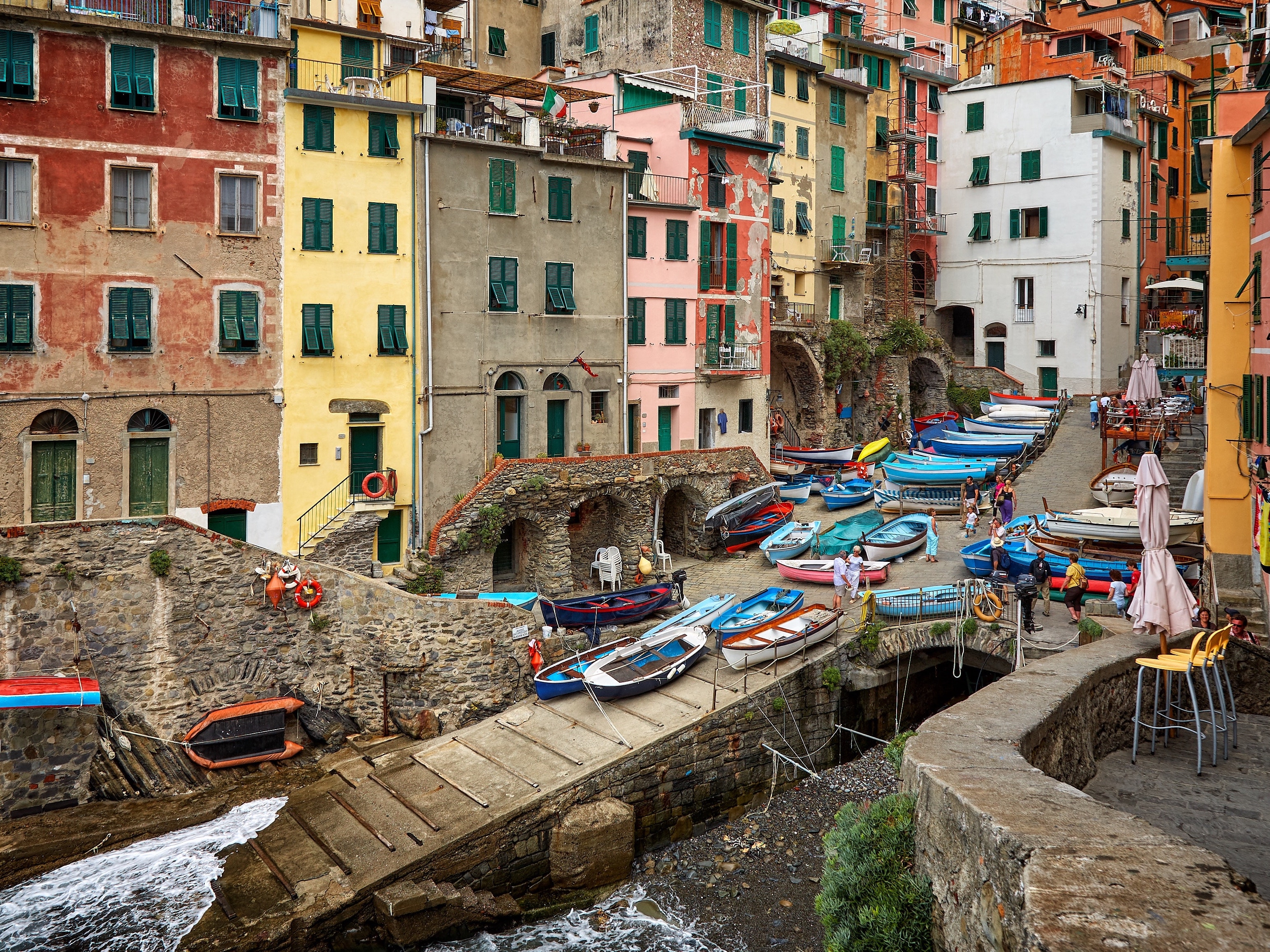 As I am writing this post, I’m listening to yet another concert outside of hotel. This time seems to be a classic rock cover band, as they have played everything from ‘The Who’ to “Born to Be Wild.”

[side note: “Baba O’Reily” by The Who always reminds of going to Key Arena with my dad to watch the Sonics play. The lights would go out, the crowd would roar and the notes would hit, erupting throughout the stadium as the starters were announced. As the piano chords rang on, Kevin Calabro would yell out name after name in his deep, raspy voice, always ending with “GARYYYY PAYYYTONNN” (which evolved into Rashard Lewis/Ray Allen/Kevin Durant as time progressed).]

I mentioned yesterday that we “hiked” the Via dell’Amore. I found out today that that was a walk, no a stroll, compared to today’s HIKE from Corniglia (3rd town of Cinque Terre) through Vernazza and to Monterosso. Each hike was a series of steep ups, and even steeper downs across the mountainous Cinque Terre coastline. Due to the 2011 mudslides, the trail now costs 5 euro, however the views were well worth the money (and the exercise).

We ate lunch in Vernazza on the bulkhead, as I had the first gnocchi of the trip. [The band just started playing “Jump” by Van Halen.] I forgot how good the food in Italy really is. Lunch, and dinner, looking out on the ocean in Monterosso, were perhaps the two best meals we have had thus far. The gelato is also incredible. If someone does not get enough to eat at lunch/dinner, the solution is always more gelato.

The Cinque Terre is one of the most beautiful places in the world. These villages consist of tall, skinny, colorful houses, stacked on top of each other (which remind me of those Neapolitan ice cream sandwich bars), built on cliffs above rock coves.

We also randomly met some UW alumni today. For better or worse, it seems as though Americans band together while abroad over here. Though there is something comforting about talking about Pac-12 football to some ASU & Utah grads while sitting in Manarola.

Anyone coming to La Spezia/Cinque Terre, I highly recommend staying at Hotel Albergo Teatro (where we’re staying). It’s quaint, but clean. Only several blocks from the water and marina, but within walking distance of the train station, market, etc. Best of all, the owners are awesome! They are very kind and helpful. Seems weird that we’ll be taking off for Florence in the morning, but I’m excited!