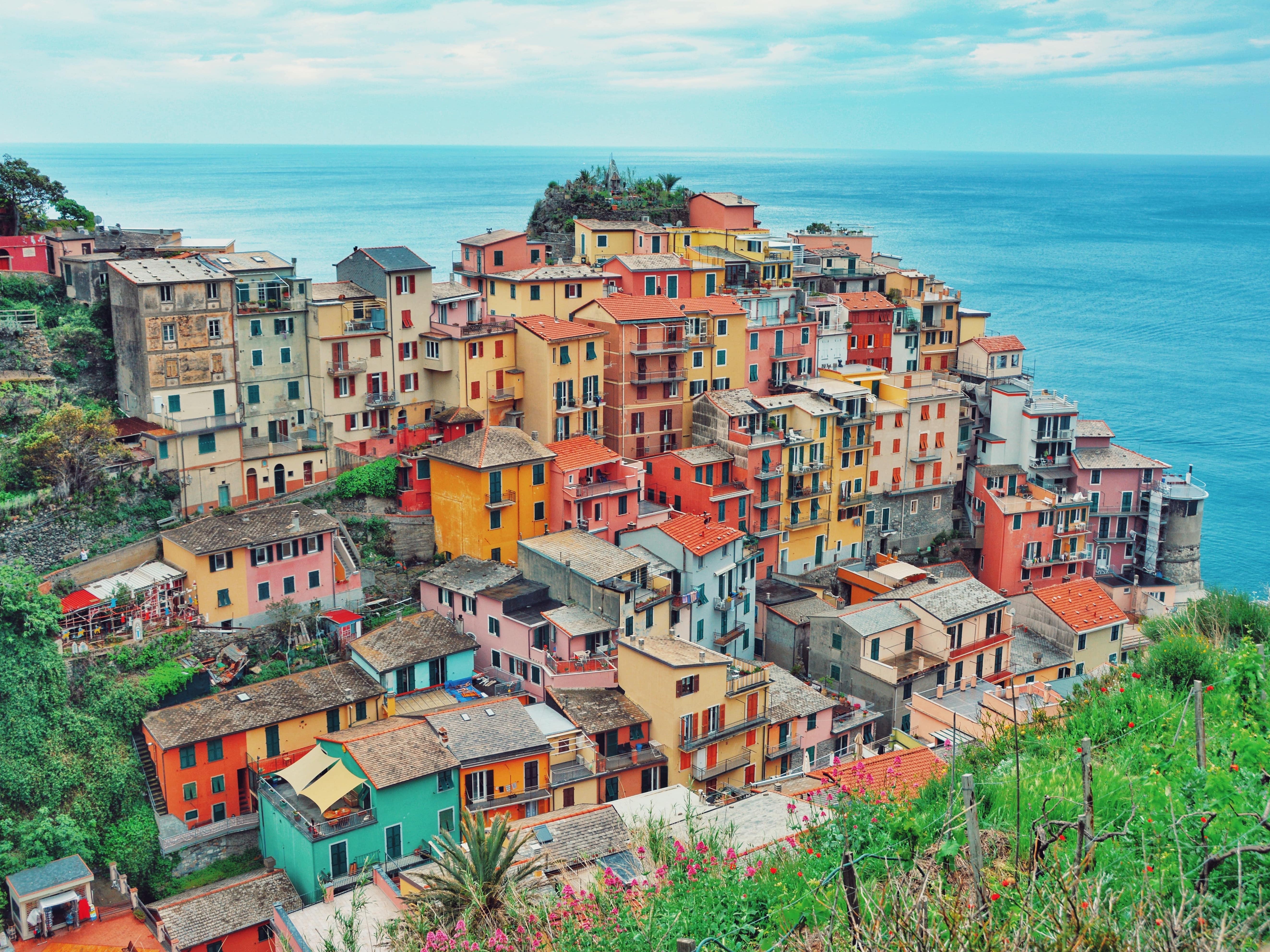 Today we took a boat to Porto Venere, a beautiful coastal town with an old church and castle which sit on a peninsula, as if to guard the city. Rough seas prevented boats from continuing on, so we took a bus back to La Spezia and then hopped on a train to Riomaggiore. We then hiked the Via dell’Amore from Riomaggiore to Manarola (the first two coastal cities of Cinque Terre) and swam in the Mediterranean Sea.

It was a long, hot day, but it was awesome nonetheless. We ate a late lunch looking out over the cliffs of Manarola, before taking a dip in the warm, salty sea. It was one of the first times thus far that we just chilled out for a bit. We watched some locals play a game in which the goal seemed to be ride the huge swells up about 6 feet and sit on a large rock, while we enjoyed the sunshine. In fact, today marked only the second time I have been blessed with the opportunity to use sunscreen this summer.

We went to an interesting sea food restaurant for dinner, which though filled with locals, was not anything spectacular. Perhaps the most entertaining part of dinner was when Kenzie and I bet Reed that he couldn’t go 6 days (until we arrive in Rome) without swearing. After a long drawn out discussion over specific terms and rewards, he accepted.

He failed in less than 2 hours. However, the night was not a total loss as we happened upon a large group of Italians dancing to YMCA and Abba outside a small square, as well as a full-on Madonna Tribute cover band concert outside of our hotel.

Europe certainly is an interesting place.